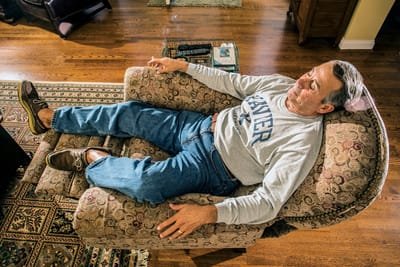 Long considered one of Washington’s finest golfers, he is spraying shots left and right with choppy, self-doubting swings. Sensing my surprise, the former House Speaker says his handicap has skyrocketed since leaving Congress two years ago. After he misses a 10-foot putt, and we climb into our cart, I ask why. “You have to concentrate while you hit the ball,” he says. “That’s my biggest problem in golf these days. I just can’t concentrate. I could always concentrate on what I had to do. But these days..." 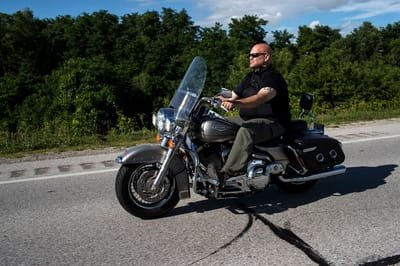 Kent Sorenson Was a Tea Party Hero. Then He Lost Everything.

Inmate No. 15000-030 is released into the frigid January morning at 8:46, a gray custodial suit of sweatpants and long-sleeved thermal clinging to his immense frame, a bushy salt-and-pepper beard wrapping around his face, a guard escorting him with a high-powered rifle slung over his right shoulder. Most politicians would appear hopelessly—dangerously—misplaced in a federal prison. Kent Sorenson is not most politicians. 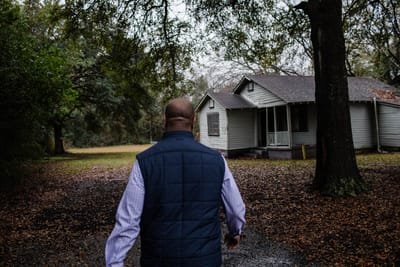 'God Made Me Black on Purpose'

Surveying America's societal upheaval, Tim Scott sees “a wave of negative hostility, and a wave of opportunity, all hidden in the same room.” He finds himself hopeful of two things: first, that by virtue of his diverse experiences he is uniquely positioned to help broker a peace between the warring tribes; and second, that if successful, not only will today’s tumult lead to “a healthier country” in the long run, but that those who follow in Scott’s footsteps might be liberated from the racial paradigms he has struggled to transcend. 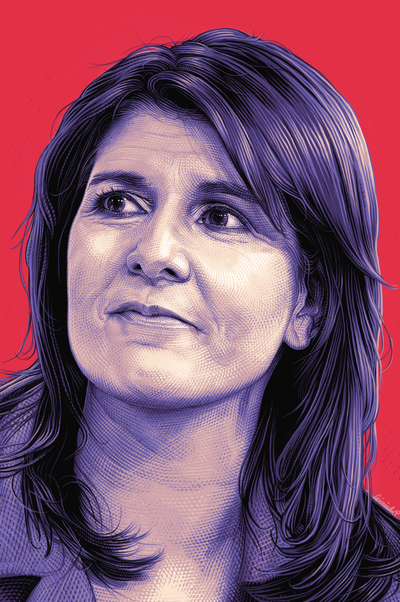 Late last year, Nikki Haley had a friend who was going through a hard time. He had lost his job and was being evicted from his house. He was getting bad advice from bad people who were filling his head with self-destructive fantasies. He seemed to be losing touch with reality. Out of concern, Haley called the man. “I want to make sure you’re okay,” she told him. “You’re my president, but you’re also my friend.” 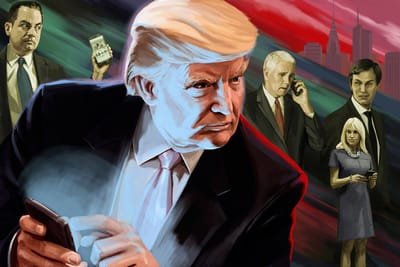 ‘Mother Is Not Going to Like This’: The 48 Hours That Almost Tanked Trump

Washington Post reporter David Fahrenthold, who claimed to have an old audio recording of Trump making exceedingly lewd remarks about women, had sent over the alleged quotes and was requesting comment from the campaign for a story that would run later that day. “Wow, this isn’t good,” Reince Priebus said, his eyes fixed on a single line. “This is really, really bad.” The group inside the Trump Tower conference room was paralyzed with silence. Finally, Jared Kushner piped up. “You know, I don’t think it’s all that bad.” 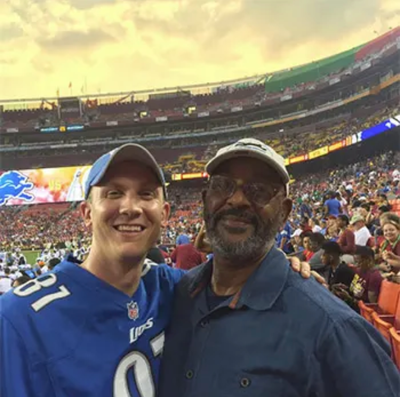 Life Lessons From an NFL Father

And then I asked Calvin Johnson Sr. the dumbest question he’d ever heard. “So tell me,” I began, nodding toward his herculean offspring standing 20 yards away, “I’m a new father—what’s the secret to raising a successful kid?” The elder Johnson gave me blank expression. I held his stare, confused by his confusion. Then he turned toward his son, turned back toward me, and cocked his head to the side. “Calvin?” 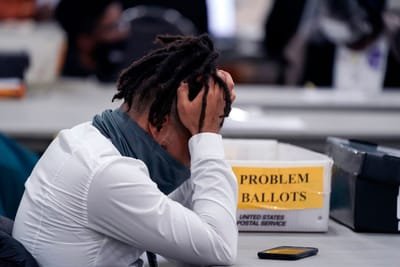 The drama in Michigan raised fundamental questions about the health of our political system and the sturdiness of American democracy. Why were Republicans who privately admitted Trump’s legitimate defeat publicly alleging massive fraud? Why did it fall to a little-known lawyer to buffer the country from an unprecedented layer of turmoil? Why did the battleground state that dealt Trump his most decisive defeat—by a wide margin—become the epicenter of America’s electoral crisis? 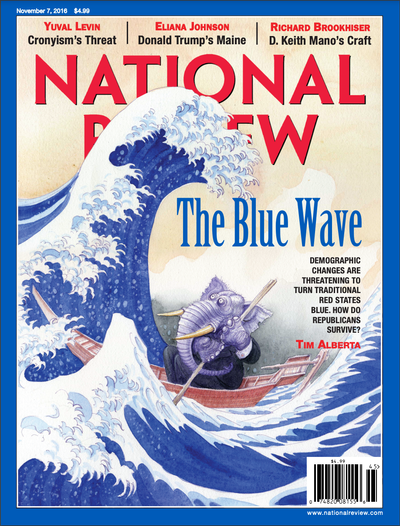 In sweeping to the nomination, Trump took a sledgehammer to the party’s elite consensus on immigration. Now the fear among GOP strategists isn’t just that his no-holds-barred, ad hominem campaign will hurt Republicans with Hispanics in 2016 — but also that it’s antagonizing a generation of voters Republicans will need if they ever hope to reoccupy the White House. According to the Pew Research Center, 4 million Hispanics have become eligible voters since 2012. That pace will only accelerate. With the youngest population in the U.S., Hispanics will drive the number of eligible minority voters ever higher, eclipsing white eligible voters by 2052. 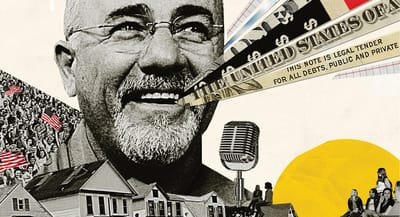 The Financial Whisperer to Middle America

Dave Ramsey might not be a household name in Washington or New York, cities where the chattering classes worry about their blue-chip stocks and wonder whether “economic anxiety” in the heartland really propelled Donald Trump to the presidency. But for the past 25 years—and especially in the decade since the recession—this Tennessee realtor-turned-talk-radio-host has spent his time considering nothing but economic anxiety, walking tens of thousands of callers through a nightmarish gauntlet of debts and defaults, job layoffs and pay cuts, underwater mortgages and punishing student loans. 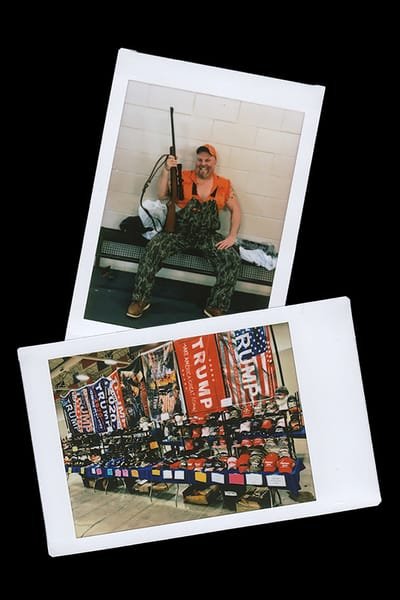 How the Gun Show Became the Trump Show

In certain wings of the hall there was more MAGA merchandise for sale than weaponry: Trump shirts, Trump socks, Trump bumper stickers, Trump posters, Trump flags, Trump scarves. There was even Trump currency—his likeness on a $2020 bill. And people were buying this stuff. Lots of it. Some of them didn’t need to: Scores of attendees came wearing a hat or a shirt supporting Trump. It reminded me of NFL fans wearing their team’s jersey to a game. In an era when communities have been ravaged, Trumpism offers a sense of fraternity, a sort of membership card to something edgier than the Knights of Columbus or the Lion’s Club. 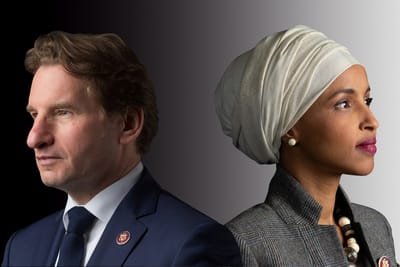 A Tale of Two Democrats

Congresswoman Ilhan Omar represents the unapologetic new guard of progressivism, pushing the party’s establishment to embrace tactics and positions that have heretofore been considered outside of the mainstream. Yet she faces resistance not just from party elders but from many of her fellow freshmen, centrists who campaigned as fixers not firebrands, moderates who are watching warily as the Democrats’ brand is being hijacked by the far left. One of these members is Omar’s neighbor in Minnesota: Dean Phillips, a wealthy businessman who represents the 3rd District.